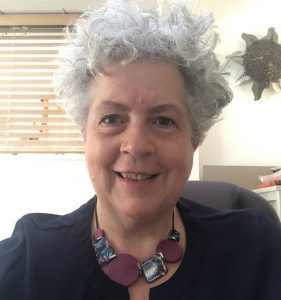 Tell us a bit about your role at Bloomsbury Festival
I have been invited to take up the position of Director for the 2020 Bloomsbury Festival and the role is all about making the Festival happen, in terms of shaping and sharing the creative vision for the events with our partners, and leading the team to ensure the very best festival possible is put together for our audience.  As I start in this new role we are all working from home, as is much of the country, and so I particularly value the fact that I have been involved in the festival over the last year – producing one of the commissions for the 2019 festival and the Creative Development Lab over the winter months, so I have already got to know some of my colleagues – not least on our post-festival night out at the bowling alley after the 2019 festival.  The team are already well on the way to programming the festival working with the outgoing Director Kate Anderson who has been at the heart of developing and presenting the festival for the last 5 years.  I feel privileged to be taking over this year and hope to bring to the team some of the experience I gained as Festival Director at the Gravity Fields Festival in Lincolnshire and as an outdoor arts, festival, events and media producer.

What is your favourite part (or thing) about Bloomsbury?
I remember coming to London as a young graduate to work at BBC World Service at Bush House at the start of my career and enjoying exploring London on foot – and heading north from the Aldwych up Kingsway and coming across a part of London that felt completely different to the rest of the city centre – visiting the iconic Brunswick Centre and the squares and open spaces, and my former impressions of the literary Bloomsbury were  overtaken by a growing familiarity with the real people and places of this one square mile.  Recently that sense of exploration has continued through the festival as I have come to know the Judd Street and Cromer Street areas in more detail and discovered the squares, the streets, shops, cafes and historic places of the area once again. Bloomsbury is a place where you can keep on discovering both new and old and I look forward, with the festival, to throwing a light on hidden corners of this unique part of London.

Tell us about a favourite memory from a previous Bloomsbury Festival? 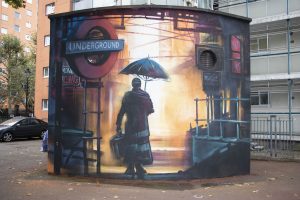 This has to be my experience of working with Mohammed Ali in the 2019 festival working as his producer as we planned for his commission to create a mural in Cromer Street. The pleasure for me was multi-layered – it was about meeting the people – such as the youth group and staff from the Kings Cross Brunswick Neighbourhood Association, the local residents around Hillview and Argyle Square, and presenting this outstanding creative work as part of the Cromer Street festival event.  And we were particularly proud of the turnout of the Bangladeshi media and Keir Starmer, MP on the Sunday afternoon of the official opening.

Who would you invite to your dream dinner party?
It’s all about zoom evenings nowadays isn’t it?  But given all the practice I’ve been having recently with increasingly complex culinary skills as I have stayed at home, I think I’d like to invite some of the people whose work I’ve been enjoying during the lockdown – their social media posts, reading about them, watching their work on TV or listening to their music, or following them as they lead the world!  I’ve been loving Hugo Boss previously known as Joe Lycett for making me laugh and caring enough to change his name,  Hazel O’Connor sharing music from the south of France, Malorie Blackman who wrote Noughts and Crosses which I’ve been devouring on TV, Farmer Robert from Cannon Hall Farm in Yorkshire – I’m watching his lambs being born each morning on Facebook,  maybe Stormzy would come with Gary Barlow and they’d do one of Gary’s crooner sessions specially for us? And some world leaders of course –  New Zealand Prime Minister Jacinda Ardern voted best leader in the world (or the Tik Tok comic that parodies her), and of course Michelle Obama and David Attenborough – just because…

What is your most treasured possession?
I like to think of myself as someone who travels light through the world gathering experiences rather than objects. But it’s not quite true as I have plenty of treasured possessions and among the most important are objects and paintings given to me by friends and family, and things I have collected from countries I have travelled and worked for short periods – like amber and stones from Lithuania and arts and crafts from Kenya and Canada.

If you had one, what would your superpower be?
Singing beautifully.

Which book are you reading at the moment?
I often have 3 books on the go at any one time – I’ve just finished the novel The Essex Serpent by Sarah Perry, I’m reading Michelle Obama’s Becoming and next in line is Orlando Figes cultural history of Russia, Natasha’s Dance.

Away from Bloomsbury Festival what do you enjoy doing?
Going to other festivals? Is that allowed? – I particularly like the Edinburgh Fringe and travelling with friends to see unusual arts and events in interesting places.

Finally, what are you looking forward to most of all in the 2020 Festival?
I love the visioning bit of planning festivals, dreaming up with the team who we are going to invite and host, which exhibitions, musicians, academics will engage and entertain the audience, how we can surprise everyone and create new experiences which the community can share as memories.  And I particularly like to transform buildings, streets and our daily experiences.   But actually it is the people that I most look forward to.  Meeting the community groups and the individuals who take part, the artists and academics who come to speak and perform, and the festival team which massively expands for a very short time – and then we come together for the short intense period of the festival when our worlds collide and intersect and our lives are all transformed.