“The Bloomsbury Festival has succeeded in drawing together a multiplicity of local people, institutions and organisations large and small to showcase the enormous pool of talent, commitment and enthusiasm that lies within Bloomsbury’s boundaries”. The Duchess of Bedford – Patron

OUR BOARD OF TRUSTEES 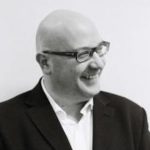 Professor Maurice Biriotti (Chair)
Professor Maurice Biriotti is the Chief Executive of SHM and a Founding Trustee of the SHM Foundation. Until 1996, Maurice was a full-time academic, working at the Universities of Cambridge, Birmingham and Zurich. His published work covers literature, philosophy, anthropology and the dynamics of cultural change. He left academia to set up SHM, a strategy and insight consultancy based in London, that he leads as its Chief Executive. SHM grew out of the insight that human motivation is at the root of all business success and is critical to business innovation and the delivery of competitive advantage. Maurice has applied this insight successfully across both the public and private sectors and it remains at the heart of all of the work the company carries out. He continues to maintain close ties with academia, holding posts at University College London and Yale University. Beyond SHM, Maurice Biriotti is the Chair of the cross-party political movement More United, as well as the Chair of Spitalfields Music and a Trustee of Body & Soul.

Kate Anderson is a creative producer and strategic arts leader.  Kate was recently appointed as Head of Cultural Programmes and Partnerships for The Royal Docks where she is responsible for establishing a new cultural programme and infrastructure for London’s only Enterprise Zone. Until 2020, Kate was Festival Director of Bloomsbury Festival which she relaunched in 2015.  Prior to Bloomsbury Festival Kate was Executive Director/joint CEO of Southampton’s Nuffield Theatre for twelve years.  A producing theatre working at different scales and touring, during Kate’s tenure the Nuffield won a tender to run the performing arts in Southampton’s new arts complex which opened in 2018.  Earlier roles included work with Scarlet Theatre, Richmond Theatre and ENO.  Kate is founding co-director of Ingenious Purpose Theatre Company and is also on the Board for Think Tank Theatre (Streatham Space Project). 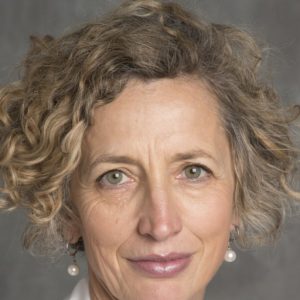 Professor Stella Bruzzi FBA is Executive Dean of the Faculty of Arts and Humanities at UCL. Before joining UCL in 2017 she held posts at Manchester, Royal Holloway University (London) and Warwick, where she was Head of the Department of Film and Television Studies and Chair of the Faculty of Arts. Stella holds degrees from two of the most well-established Drama Departments in the UK: Manchester (BA English and Drama) and Bristol (PhD). After spending 3 years as a Researcher at the BBC (in Documentary Features and Music & Arts), Stella returned to full-time academia in 1992. She is one of the UK’s leading screen studies scholars who has published widely in the areas of documentary film and television, representations of history, costume and fashion and masculinity in cinema. Her latest book, Approximation: Documentary, History and the Staging of Reality was published in 2020. In 2013 she was elected Fellow of the British Academy. 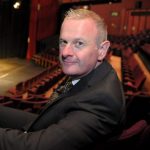 Tim Coker
Tim Coker is a composer, theatre director and teacher. He is currently Artistic Director of The Festival on The Close and Macready Theatre in Rugby. He is also head of the Department of Theatre and Performing Arts at Rugby School. Tim has degrees from the universities of Manchester, Royal Holloway University of London, Reading and the Royal Birmingham Conservatoire. He has a PhD in Contemporary Music & Shakespeare and is published by EditionHH. His music has been performed in festivals and concert halls across the country as well as abroad and by some of the country’s leading ensembles. For more information please visit www.timcoker.co.uk. Tim is a member of the Creative Industries Federation HE and Skills Working Group and specialises in arts advocacy across educational sectors.

Joe Hancock is a Partner and Head of Cyber at Mishcon de Reya LLP. He has worked across a number of sectors, helping businesses manage technology risk and deal with digital issues. He is passionate about new technology and its impacts on society. He holds an MBA from the University of Warwick.

Nicole Logan is a cultural strategist and producer, working across: audio, events and artist management. Over the past 7 years Nicole has worked with: the BBC, Ambassadors Theatre Group, Sonia Friedman Productions, Radio 1/ 1Xtra, Universal Music, The Brit Awards and the Roundhouse, on a range of cultural projects and initiatives, that further her ambitions to make arts and culture more inclusive and authentically serve diverse audiences.

Nick is a Partner and Head of the Commercial Property team. Nick Potter has gained expertise in a wide variety of property matters, including: 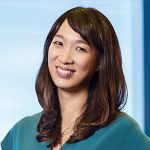 Abigail Tan
Growing up in Penang, Malaysia, Abigail gained exposure to the hotel and real estate industry at a very young age – her grandfather and his brother ran one of Malaysia’s real estate dynasties and her father is now the managing director of the publicly listed IGB Corporation, the parent company for St Giles.
Abigail is St Giles Hotels’ Head of UK, Europe and North America, overseeing the two New York hotels as well as St Giles Heathrow and St Giles London. She is also part of the core team for the development of a mixed-use development project on a 1.81 acre in the Southwark area, and is responsible for sourcing new acquisition and management opportunities.  She is the brainchild of Hotels with a Heart, a charity initiative which lies at the core of the St Giles brand. Through fundraising efforts that the staff personally get involved in participating and organising, the initiative raises funds primarily for underprivileged children, and education.